Google Analytics as you know it is dead (Hello, GA 4) 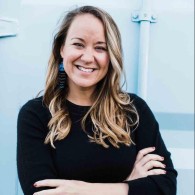 Yes, you read that correctly. Referencing performance on your website based on the number of visitors and pageviews has officially been killed by Google as they launched Google Analytics 4 (GA 4) this quarter.

It’s a huge shift for marketers. GA 4 is a new version of Google Analytics. It completely reimagines how users and actions are tracked on websites.  GA 4 was previously referred to as website + app beta, but since coming out of beta it will now be the new, officially supported version of Google Analytics. This means that all new developments and support will focus on this version, and older versions will eventually become obsolete. If you need to create a new property today, it will default to GA 4.

How is GA 4 different?

The biggest difference in how GA 4 tracks a property's performance is that it uses event-based tracking, versus user-based tracking (such as views). The system is reimagined to care more about what happens on your site, which is truly the most important data for marketers anyway, so we are excited for this development. It also will tackle tracking issues that the current Universal (now considered "old") version of GA would have more and more often around cookies, which is currently the primary source of tracking in Universal Analytics.

What does this mean?

While many functionalities within GA 4 are not fully built out, we are advising all of our clients to install GA 4 on their websites now to begin tracking data. You will not be able to move data over from Universal Analytics to GA 4, so in the future, if you want to run year over year reports, for example, you'll want to install GA 4 immediately.

It is important to note though, that functionality (such as eCommerce tracking and predictive modeling) will be added over the coming months, so our recommendation is to do a basic install but leverage the out-of-the-box reports for now. Over Q1 and Q2, we expect more functionality releases that will ensure we can set up the properties to best leverage all of the tools, and reporting can get more and more sophisticated. You can read more about this fundamental shift in website tracking on Google's own blog post about the launch of GA 4.

We are offering a special flat-rate fee to get GA 4 installed before January 1. We never, ever do specials, but it feels like this is a situation that requires it. It's a low-cost, easy task to cross off your to-do list that will ensure your data is solid. It will also give you access to GA 4's basic reports so you can begin to get used to how the data is going to be reported. It's a pretty big shift for our industry, and we will continue to write updates as new features are released.

Reach out to us for details.

About the Author
Jenny Bristow is the CEO and Co-Founder of Anvil, a digital + analytics agency in St. Louis, Missouri. Anvil focuses on creating data-driven digital strategies that help clients develop scalable, measurable digital marketing programs for clients in the healthcare, education and manufacturing space. Prior to starting Anvil, Jenny launched, grew and sold a digital agency in Seattle, Washington and worked at Amazon.com. She was named one of St. Louis Business Journal’s 30 under 30, won a Stevie Award for Female Entrepreneur of the Year in 2018 and speaks regularly at industry and local events.
More from this author

Pandemic Marketing Strategies for Medical Sales Google Analytics as you know it is dead (Hello, GA 4)

How do you measure up?

This quick 10-question quiz will give you an idea of how your organization is doing when it comes to marketing analytics.

Sign up to stay in the know about marketing analytics trends! We will send hand-picked updates about industry shifts, top news, and exclusive access to training and webinars.

We'll never sell or distribute your email, we promise. Read our Privacy Notice.