An Intro to Lead Scoring for Healthcare and Beyond 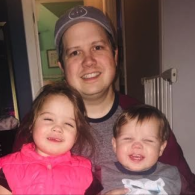 About the Author
Brett uses analytics to help clients put all the pieces together—from identifying KPIs to finding the right data to measure those KPIs and then collecting that data. He’s been in digital marketing for 8+ years and brings analytics leadership to the Anvil team. If he’s not drilling into data, he’s probably hanging with his kids or maybe playing some D&D.
More from this author

Google BigQueryGoogle Data StudioWeb Analytics in HealthcareIntroduction to Marketing Analytics
All videos Go back to all videos
Next Video How to Use WITH Statements in BigQuery
Ready to start a project?
let's work together

How do you measure up?

This quick 10-question quiz will give you an idea of how your organization is doing when it comes to marketing analytics.

Sign up to stay in the know about marketing analytics trends! We will send hand-picked updates about industry shifts, top news, and exclusive access to training and webinars.

We'll never sell or distribute your email, we promise. Read our Privacy Notice.